Now that I have a bunch of synths I’ve been wondering what my first synth, the Yamaha CS-10 sounds like compared to all of them. I thought it was a horrible little synth back then and desperately wanted something better so now that I have many much better keyboards it would be cool to revisit my very first synth I bought in 1979.

I’ve been watching them on Bay but sellers always seem to want $50 or more for them. Way too much! I was pretty sure I would play around with it for a while, then it would go into the closet, so I didn’t want to pay too much for it. Finally someone put one on an auction with a starting bid of $250. I was pretty sure that would also be the ending bid so I went for it.

Sure enough I was the only bidder and here it is! 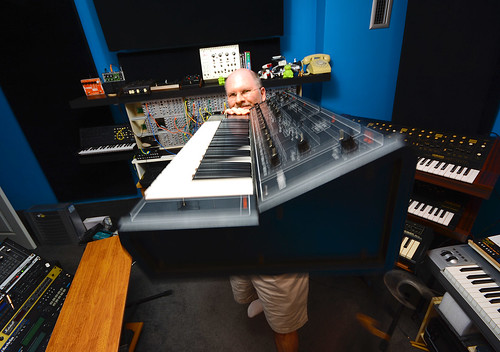 For once my memory proved to be accurate. It’s very basic and very limited. What I didn’t remember is how fast the envelopes were. They are extremely snappy! The sound is very clean somehow so you just cant get those moog-like sounds even with pulse width modulation. I think the oscillator simply doesn’t have some of the higher harmonics that most synths have. Generally that’s not good but it does give these synths their own sound.

So a few months after I bought my first CS-10 the little store (the only music store in Barrie) got a new synth in, the CS-15. Well this synth was 10 times what the CS-10 was an I was really pissed that I didn’t have it. So that was unresolved business for about 35 years. But the seller also had one of these and offered it to me at a slight discount soooooo….

This synth has 2 oscillators and 2 multi-mode filters in parallel. Turns out you can do a lot with that! It still has that very clean sound that the CS-10 has but even so it is a million times better, fatter, and just plain cooler.

So I decided to do a song to see what I could do with just one of these little synths. The CS-15 arrived when i was part way done so I switched to that one. So here’s the finished song:

The drums were done with the Alesis DMPRO.

All other sounds in the first part of the song come from the CS-10. From the key change onward all sounds were created with the CS-15. There were almost 90 tracks of audio in the project.

So…. now, back to the other songs. I have 2-3 songs I’m still working on but once they are done I can do the final mixes and mastering and release the next CD. Hopefully I am inspired to finish them soon!